This stuff is addictive!

Yesterday was a great day in Čreta with good company and weather that has resisted the urge to rain. There was a bunch of us, Jarm was getting at the new addition Koza nora 7c (still unrepeated, a nice route FA'd by Rajko :)), we took my roomie Klara for some easy nice routes, me and Izi were getting at the big project in Pjes mater sector, Mrtvaški prst, a hypothesized 8c+ while Luka Tambača from Zagreb took some pics.

The project is so cool! I remember trying it last year and it felt so hard, I could not even do the moves. This year I feel stronger, with each try I am finding some new beta and slowly the transition of mind set is being done... realizing it's possible. Yesterday was even more fun, we were trying together with Izi and he showed me some additional beta and it was really motivating to see him doing some links, too! We are both quite close and it's just a matter of time before it goes down... it's gonna be epic! The route is about 30 metres long, sustained in a slight overhang with moves on perfect holds. The middle boulder is about 7B and it comprises of a few super hard moves around an almost non-existant crimp in the big tufa.

This thing really got me motivated... patience is important, though. Any specific, hard training will probably not bring a considerable improvement in a few weeks' timeframe. The conditions will have to be good enough - when it gets too warm, the small holds will feel much worse. The mind will have to be focused enough but not overwhelmed or rushed like it feels now... AW YEA man this stuff is addictive!

Word up everyone!
Just a quick post. Buzet in Istria and the rocks around it are f'ckin awesome! Today was my second day in the crag of Buzetski kanjon, sector Pengari, and I'm psyched for the climbing there and the nice ambient.
Good crew, sunny weather, a breeze for perfect friction and cool routes...

Besides that there's Kompanj, Pandora and what other undiscovered (or hidden) rocks waiting to be bolted and climbed... it's so nice to discover new crags and climb new routes. 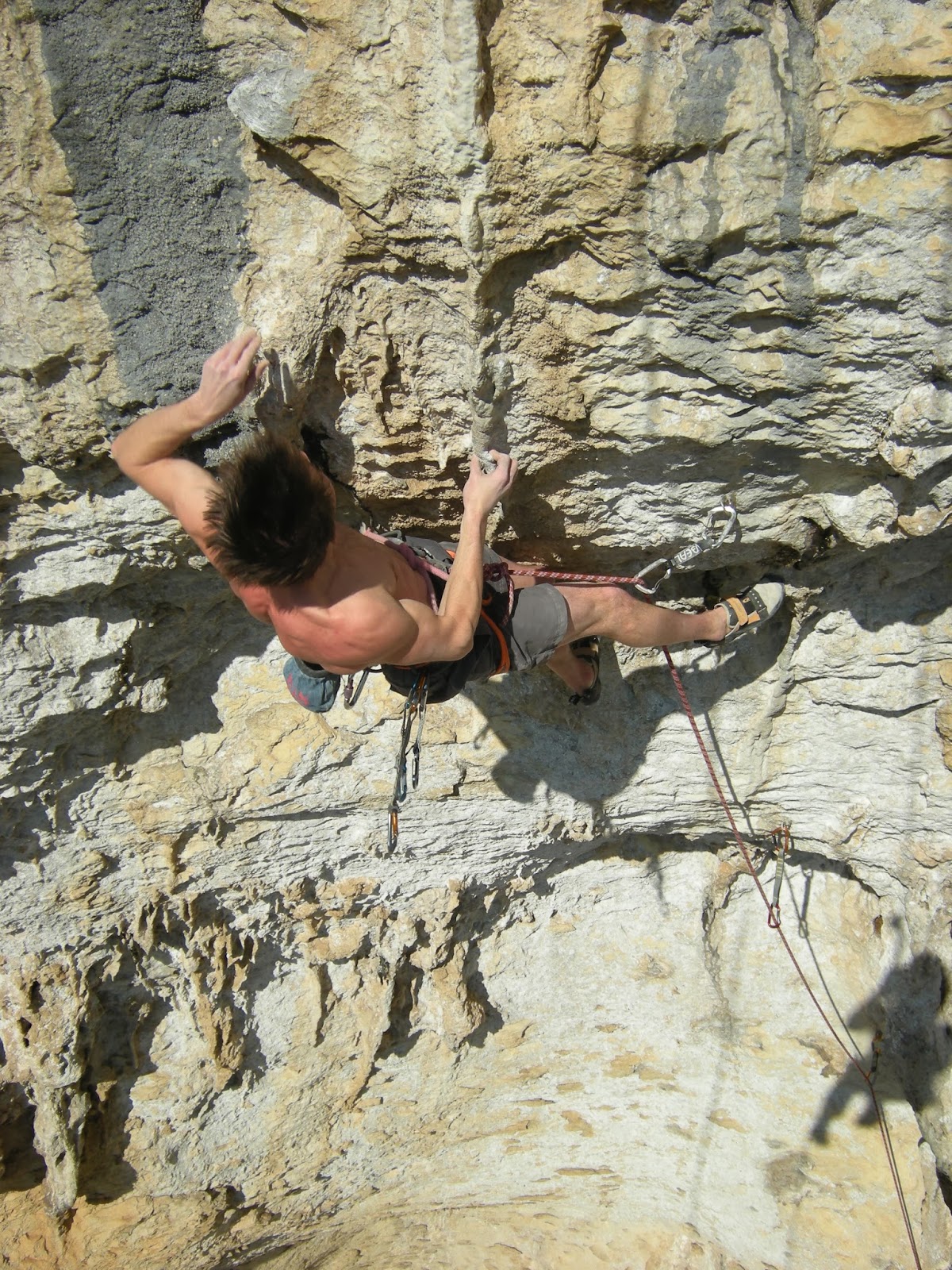 It's a shame the rising temps probably won't allow for much action around here... but we'll surely be back!

A bientot, Pinti
Posted by Gašper Pintar at 11:26 PM No comments: