Yo people!
I am back from a short little trip with the Youth Climbing Team to Tuscany in Italy. We had a couple of days climbing and some good times with all the people in the now much younger team.
I think we decided for Tuscany so we could check out the supposed future destination which is closer to Slovenia than France or Italy and due to some praise of the place by none other than Klemen Bečan.
The decision had its downsides, though. Our house was booked some time in advance, so when the time came we still went there despite knowing the crags are mainly wet! Also, due to our main goal (Candalla Alta) being completely soaked, we had to opt for other crags. Somehow I wasn't that impressed, I mean, I love it when I go on a trip to some new crags and places that we haven't been to before, but those two were somewhat boring.

There are LOADS of chipped holds, even in places well unnecessary - routes are literally fabricated top to bottom. It's not like I'm seeing this kinds of stuff for the first time, but I think it kills the fun a bit. Considering the climbs were mostly well overhanging, a lot of routes consist of only jugs and endurance climbing.

It would be unfair to say this for all the routes though. Candalla Bassa has a good portion of less steep climbs in weird shaped rock which is fun to climb, the style is mostly endurance, and also a sick looking tufa spanning about 20 metres in length that I tried. The grade was 8a+, so looking at it I thought it could go onsight, but it turned out it was easy terrain all the way to the top crux which involved some killer dropknees and invisible little dusty holds - way too hard to figure out first go!
The upper section of this crag is a big overhang with some tufas where me and Domen managed to onsight an 8a+, and Domen also crushed an 8b left of it - also onsight, damn this guy is a beast! I felt the style suited me totally - roof climbing on positive holds, even so it took me quite a fight :D Respect to young Pehi for doing the 8a+ third go for his first of the grade!

The second day we chose to go to a local secret spot called Monzzone which is a huge grotta incut on a steep hill. On the right side, it's less overhanging and has some interesting looking tufas and routes up to 7c which are really nice. The main job for us though was the giant overhang in the middle - sadly the routes here were full of sika. Still, all of the guys had a go at an incredibly pumpy 8a which Domen and me did onsight (myself only by the skin of my teeth!). Later, Domen did an 8b+ redpoint that I got super close to, but pumped out just metres below the chain. Vezi and Tim impressed us with an 8b already in the dusk - venga!

On the third day, we felt like Candalla Alta might have dried up by then. so we made the half hour walk uphill to check it out. When we arrived, we found out water was still dripping from all the tufas, and additionally a storm just conjured up.
We were devastated - for once, the climbing looked amazing even from the bottom of the cliff. The sector has huge overhanging prows sticking out covered with tufas, full of routes in the eight grade which would probably be perfect for onsighting!

We had no choice but to retreat. Demoralised, we headed home and decided to stop in Verona to train in the King Rock gym to get our lactic acid fix. After all it was a good session, but Candalla Alta calls for a return visit, even if only for this one sector.

All in all it was a fun little trip, despite the weather I got in A LOT of pumpy climbing, so hopefully this will show in the future. There was a number of typical youth team twists and turns - running out of fuel in the highway, losing our way in the middle of rural Italy, but hey, whatever it is - it always works out somehow.

Big shoutout to the coaches syndicate and all the people on the team! Bring on summer climbing! I feel super psyched for some more rock (but have little motivation for indoor -.-).

Enjoy the photo selection from me, Jera and Borut. 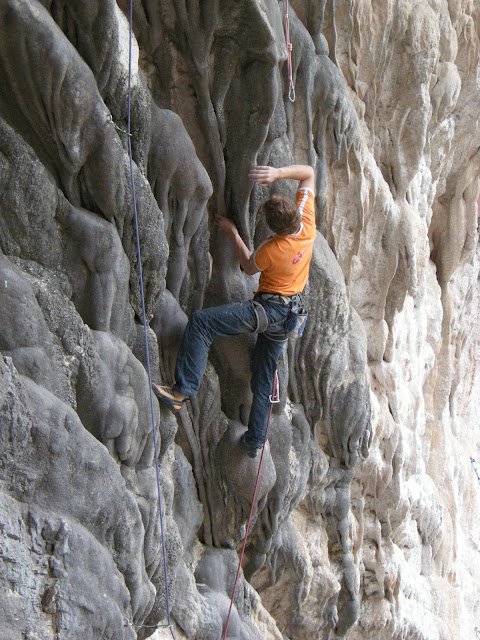 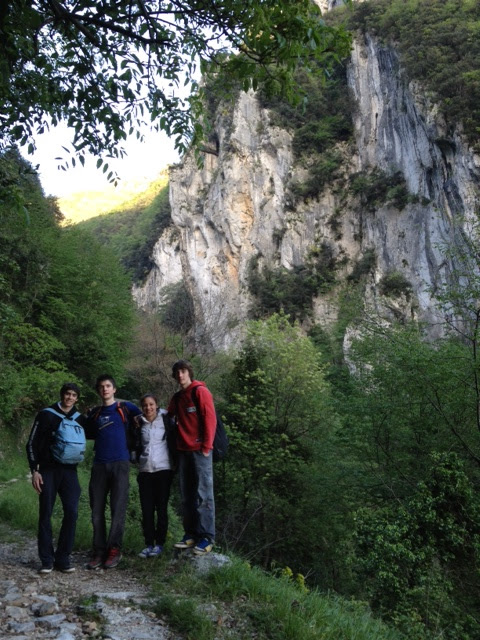 Posted by Gašper Pintar at 7:20 PM No comments: