Me and Dave kicked off the preparations for our upcoming Yosemite trip. Essentially this will involve lots of planning, tactics, logistics. But the most important is for me to become familiar with the different climbing style that is characteristic of Yosemite.
Looking at the big picture, in the last years I've climbed a lot in Europe and got my climbing to a certain level, but the predominant style here - characterized by limestone - is only one part of what climbing has on offer for me and what I'm psyched for.

Cracks in granite, protected using gear (cams and nuts). We heard lots about Cadarese, a "crack climbing heaven" north of Milan in Italy. The photos looked crazy but I had no clue what to expect.
The ambiance is awesome, granite walls everywhere. The crag itself has such a unique configuration, the whole hill is very steep, almost vertical, but the walls come in ledges of different heights. This gives it a nice exposure. 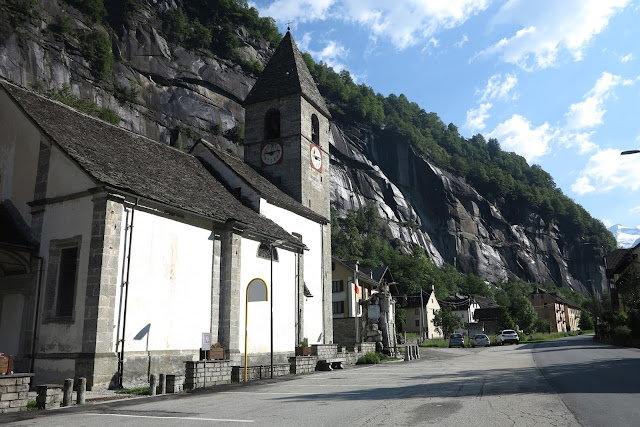 I understand now that being able to mix your climbing up and try different things every now and then is such a precious thing. When it seems all your climbing has narrowed down to one cliff, one route or one sequence of holds and that is all you can think of, launching into a different game is so refreshing.

Cracks in granite, protected using gear (cams and nuts). We heard lots about Cadarese, a "crack climbing heaven" north of Milan in Italy. The photos looked crazy but I had no clue what to expect.
How do I finger-jam? What size of cams do I need? How to protect this and can I run it out? It's been an intense four days of learning where every route required lots of focus. But I liked it, the focus has been on other things than usual and this meant you can let the climbing itself come naturally, like it has been wired in the brain over the years.

"The Doors" is the most famous route of the place, the reason why we knew about Cadarese. It also represented the most striking case in the bolting controversy that sparked up in the local community a few years ago. Naturally it was a clash of two ethics - the people who bolted it probably simply didn't climb on cams before. Seeing how cool it is to climb lines like "The Doors" in a purest way with the extra spice from placing protecion makes it obvious for me - thank god they removed the bolts.


The doors - Cadarese from RAGNI DI LECCO on Vimeo.


Although it looked intimidating and big, maybe too big - we had to get on it. Climbing it was one of the best climbs of my life - it's just one of those rare gems every climber dreams of. It doesn't just look good in the pictures - the whole line is perfect from bottom to top.
Essentially it climbs like a sport route - there's enough footholds and breaks in the crack so you don't need to finger-jam all the time - so I laybacked a lot. This increased my chance of success, but still - after first trying it, it felt like a monster. I worked it on top rope once more and even just the climbing felt about a french 8a+. Placing cams makes it super pumpy. The protection is all bomber, generally I've been told a well placed cam in such granite will sustain any fall. I've fallen a few times on my gear in other routes as well and it felt okay - so not too scary to put you off committing to the moves.

Yesterday was our fourth day on and only somehow we decided to give "The Doors" another, slightly desperate shot. As soon as I took off, I felt the soreness of three consecutive days of jamming all my body parts. I climbed slow, always recovering and trying to keep it under control. I didn't believe I could do it, but I kept inching up while lactate dammed up in my arms and threatened to put me in coma.
I remember the surreal feeling of fiddling in the last small cam, arms totally swollen, with a faint hope of sending it appearing in the back of my mind. I launched for the last crux, a tricky dihedral with sidepulls and undercuts with bad feet. It went by the slightest margin and I stood on top, feeling lucky to be alive and making actual sense of things.


Feelin incredibly beat up but content for working towards our goal, we returned home. The lines we didn't do call for a return visit.
Big thanks to Dave for being my crack climbing menthor and having the patience while I desperately tried to figure out the finger-jam. I'm beyond psyched for what's to come!
Posted by Gašper Pintar at 12:16 PM 1 comment: