Histerija happened too quickly. After trying it last year I imagined one day that I would get to work on it, it would still be a major challenge. Two weeks ago, on my third day of trying it, things were aligning up. It kept feeling better and better with every try and having entered a great "zone" mindset, I was able to finish it off. It took a while for it to set in fully. I am definitely riding the wave right now! Each new grade breakthrough is only good to remind you of how it's all relative, depending on your perception. Impossible can go to feeling incredibly doable in a matter of tries, changing weather, changing attitude...

I thought my climbing has matured past seeing only the numbers. But sending it felt great also because it suddenly struck me - nevermind suited or non-suited style, conditions, grades being subjective, whatever - climbing a grade harder is possible. On top of it, this route has character, and it is one of my favourites in Mišja - a true wonder of nature.

Like we always seem to follow some natural flow of things, I love it when a new surge of motivation for certain climbing appears. Mišja Peč felt like home during the last month. We've made many day trips, trying to go as often as possible, coming back late in the evening, riding my bike back home through the foggy Ljubljana, studying late in the night. During the week, the crag is populated only by the committed, everyone feels familiar and there's a sending atmosphere. "A muerte" is the mode of operation. The sun down by the seaside is like a resort from the real life in Ljubljana. It's a privilege to be able to go climbing.

I'm now working on a new project. I got stuck into Popolni mrk, 8c, right after I finished Histerija. The line has a notorious reputation and it hasn't had that many repeats. It's crimpy, nails, and right at the limit of my strength. Face climbing normally suits me, but not when holds get that small.
10 tries into working it, its becoming a mind battle, and I like it like that. It's going to taste that sweeter afterwards :)

I've been thinking a lot about how a general attitude towards life is reflected in your climbing, especially your redpointing. When it gets really hard, believing it's possible is the key. Depending on your patience, ability to contemplate and rationalise failiure, you will adopt a certain redpointing tactics and a "bubble" of excuses and reasons why you still haven't done the project. I'm finding out that with most of my hard redpoints that also give me a mindfuck game, it's all about taking a step back, stopping wishing to do it so bad and then doing it in a moment of perfect, clear focus. As if the world wanted you to slow down, stop being so damn obsessed with whatever it is you're driven by, realise it's all a product of your mind and then things becoming so much clearer and sensible. 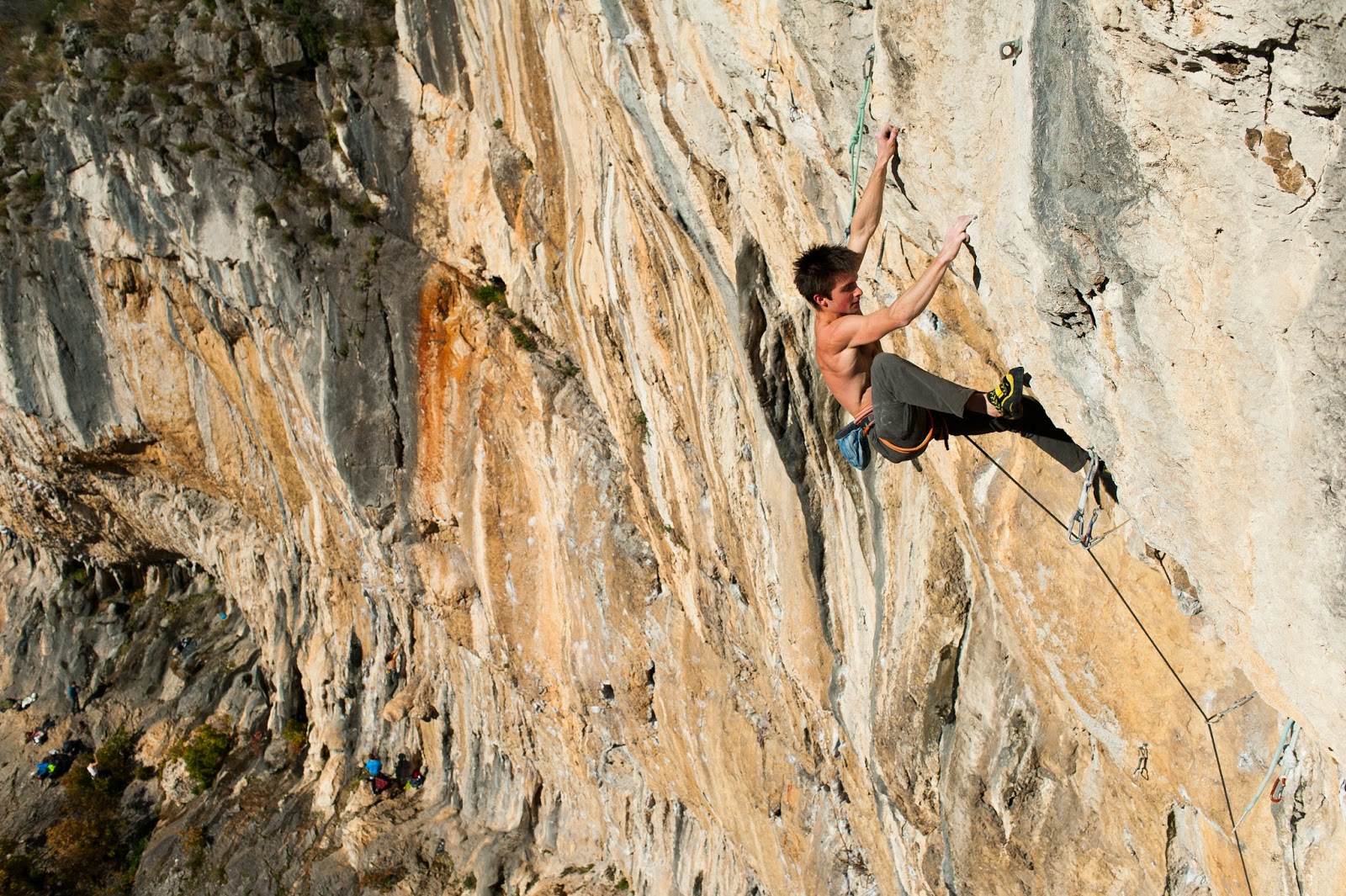 However, the obsession is pretty strong with me right now. Spain countdown says 7 days. I don't want to jinx it, but I feel I could climb some pretty cool stuff :D

I enjoyed hosting Felix and Maria last week. Felix is Julien's brother and it was great to have them over. I love sharing the psyche for our home crags and giving visiting people a tour. It was also great to see Lea and Quentin crushing big time in our and Istrian crags.


Thanks to all that made the last month in Mišja Peč feel so nice. Thanks to Luka Tambača for being there and taking pictures. Thanks for reading, keep the spirit alive y'all! 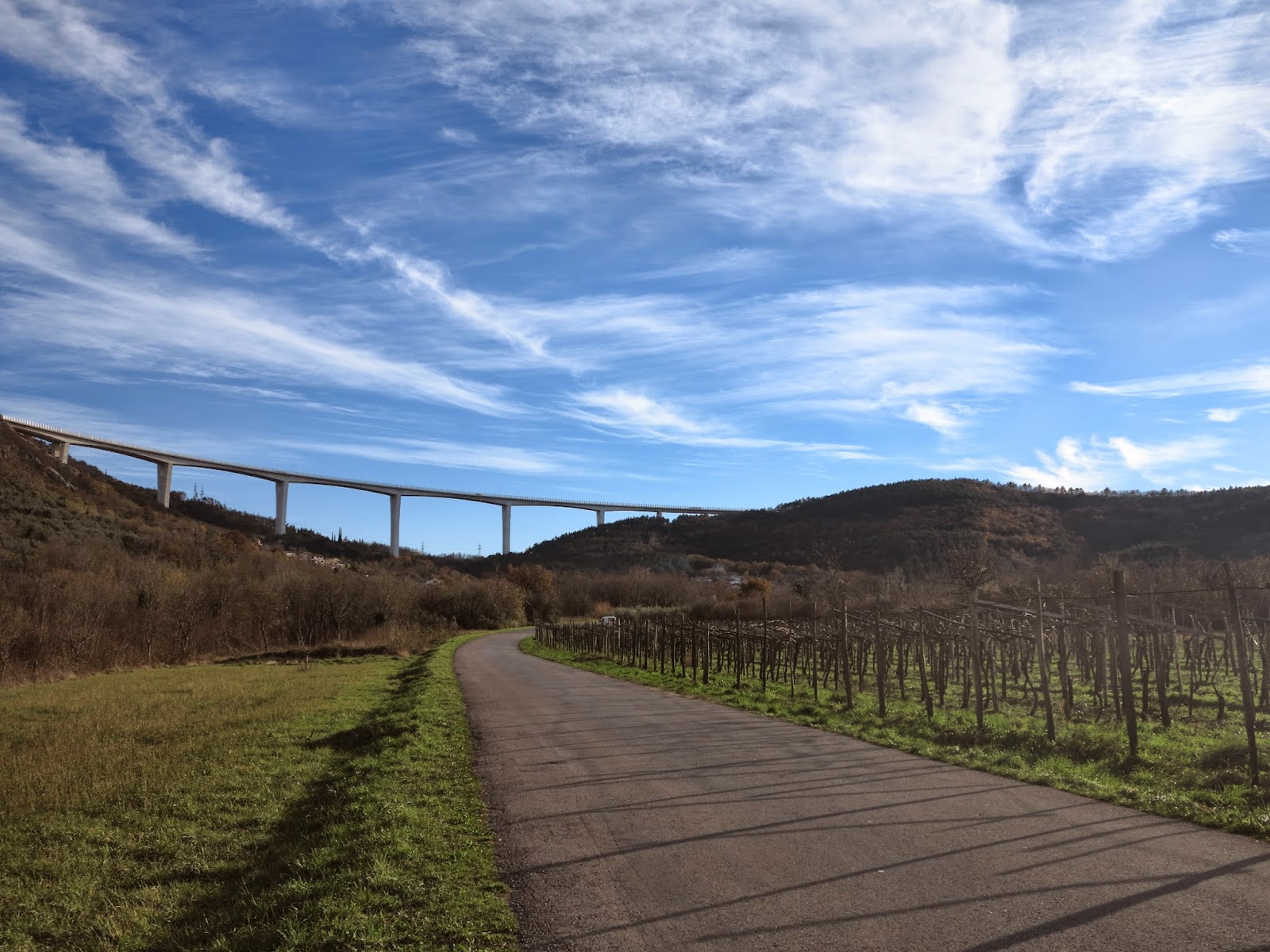 Posted by Gašper Pintar at 1:36 AM No comments: