The long anticipated return to rock has happened in grand style. After wrapping up the exams I teamed up with some friends and we hit some crags in Istria. There was a spell of good weather, no more real life things-and-thingies to worry about, endless psyche stemming simply out of the wish to move body over rock:

Climb difficult stuff, get challenged and give your best, engage fight mode and step into the zone of heightened awareness. Finally it was time to see and climb at some new places, attempt some new routes.

Scale steep terain, the more overhung the better. Screw "classics" in popular crags that everyone does, I'd almost forgotten how fun it is to onsight climb routes with NO chalk, no tickmarks.

Crystal clear sky, a light breeze, hanging at the crag with no one but a few friends. What better place than Medveja.

The contrast with previous weeks is so strong. As if someone flicked the switch from black-and-white into colours. Life is now full HD.

The Croatian super-crag has obviously impressed me the most. Criogenetica 8a+ is a masterpiece climb with a style I like so much, pumpy tufa climbing into the top crux where everything boils down to knife-edge precision footwork and crimping on small edges, barely recognizable amidst the blank white wall. Some classic testpieces of Siurana come to mind comparing to that top slab...
Indeed I had to get on The Core. I had only one working session on the lower part before it got dark, but that was enough to justify its position on my tick-list (it's been there since always) and get me totally psyched on it.


After a last day in Kompanj we returned to Ljubljana. I was feeling super sore after 3 days on. Still, I couldn't say no to another two days. Saturday in Mišja was just great times. A well psyched crowd of friends, sending atmosphere and good vibes. There was no more soreness and I got stuck fully on working Človek ne jezi se, some less often climbed routes I haven't done yet (Godla 7c+) and finishing training laps on Mrtvaški ples. We ate a ton of pasta and pancakes and drank wine in hope of a good recovery for Sunday.
Sunday welcomed us with shitty rainy weather, but people were still motivated. Thank god Mišja Peč is so steep.

I don't think I've ever seen or even heard of anyone climbing Klobasa, 8a+. It's and old route by Tadej Slabe, apparently overlooked due to it's bouldery style and a much more prominent neighbour, Preobrazba 7c+. I suddenly realized I was really curious to try it. It really has a hard crux involving a horrible slopey crimp and some desperate stretches from undercut to undercut. Maybe a 7b+ route into 7A boulder problem? I did it on third try, not having worked it more than actually trying it, so it can't be any harder? Anyway, I was happy. This one is not about the grade, it's about the name :)
The complete low-down on sending in Mišja&around can be found @Climb Istria. Congrats to Jurica and Rok on finishing their projects! Yet we all know this satisfaction always lasts surprisingly short... onto the next!

Shout out to crew; Ana-Anja-Jure-Tilka and Jarm-Bizi-Petra-Mojca-Ajda-Grega, plus the international team in Mišja, it's so good to see friends from everywhere in a home crag. Also many thanks to Mario and Nino, the Medveja locals, for the belays, kindness, infectious psyche. And pomegranates :P

Gullich nailed it here. This is literally what his training was about. But he was the visionary coming up with new ways of training that allowed him to train way harder than others at that time. This is how limits are pushed.
In a way I feel fortunate that my weak point in training is power - finger and arm strength. This way I can train efficiently few times per week, putting in two hours of an intense campus/fingerboarding or core training and still get much out of it. Thank god I don't need much of those volume circuit endurance sessions!

We used to laugh at this one. But having had my experience with competitons (and now happy with just rock climbing), I can totally relate to the guy. Putting on a good performance at the comp is at another level of mental difficulty than sending your project at the crag.
There's people willing to dedicate their whole year for one competition, or maybe one big route. If you are training with a specific goal in mind, don't be afraid to commit fully. If you do, it will surely pay off.

"Eat less, train more, try harder."
Stevie Haston, psycho granddad climbing 9a at over 50, on how to climb harder

I think Stevie is one of climbing's gods. This is his one and only commandment. Heck, it's his bible.
Ok well knowing he was British, one could assume he was obsessed with training. This quote alone doesn't do his greatness the justice. Check out his blog and be inspired.

I was privileged to grow up climbing on one of the country's best indoor walls. In Slovenia, it has grown to a reputation comparable to that of Sheffield's Schoolroom, except that it doesn't get that hyped through the media. Arguably he is the man behind this. Given the number of World Cup winners or the percentage of Slovenia's climbing team that has arised from this wall, one can conclude there must be something about "not being a pussy".


"To anyone writing about #dawnwall, this is not an effort to "conquer". It's about realizing a dream."
Kevin Jorgeson on Twitter, in the face of the massive media coverage the climb had attracted

This could be the best way to explain why we do it, to a non-climber. The dream keeps the obsession alive.

"So proud of @TommyCaldwell1 and @KJorgeson for conquering El Capitan. You remind us anything is possible. -bo"
Barack Obama on Twitter - didn't get it

Barack Obama had to tag along. A bit phony I find, but still cool - they deserved all the hype. 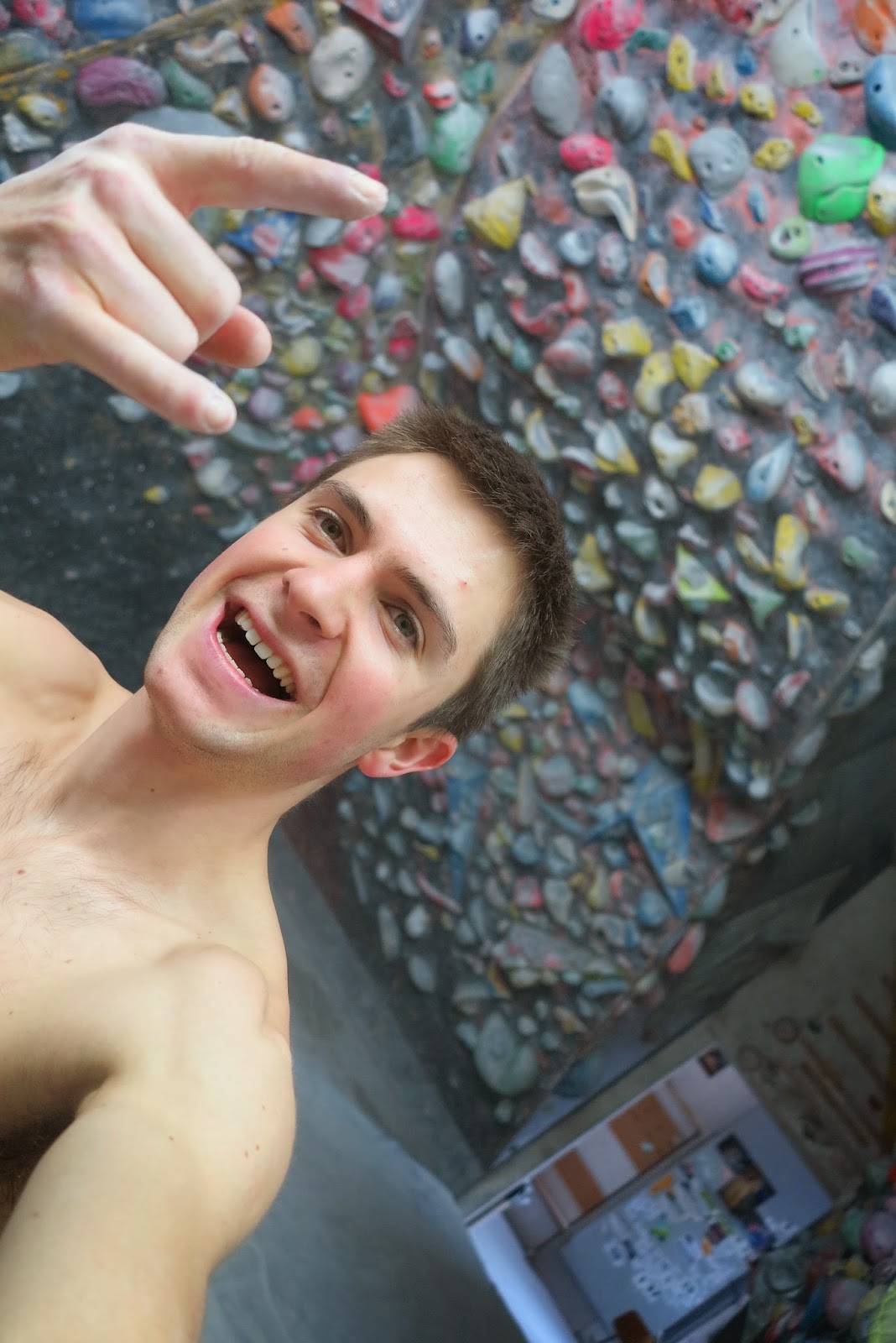 I've been mega syked on training lately. It's what has kept me sane during the hours I've put into studying. I'm curious to see how it will work. The next step is dreaming up the next objective. Shoutout to all the gym heads out there. YEEEHOOO!
Posted by Gašper Pintar at 11:30 PM No comments: