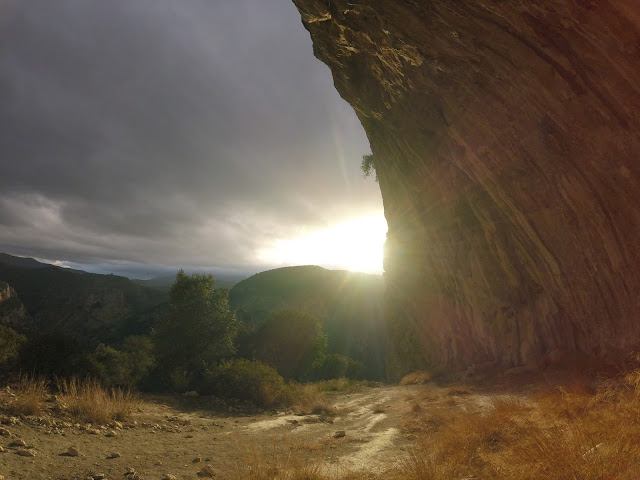 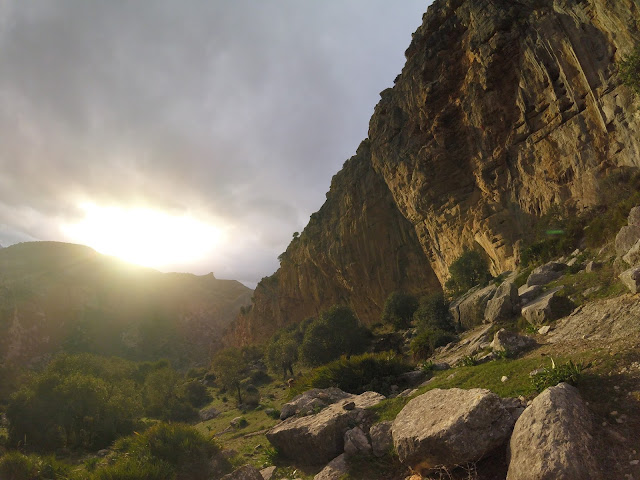 The south of Spain, Andalucia: rolling hills of olive trees, oranges and lemons. Palm trees in the beaches of Malaga. The medieval streets of its old town. Train takes you to El Chorro. Howling winds through the gorge when you walk the railroad tracks to go climbing. Passing tunnels, an amazing limestone gorge full of roofs, cracks and tufas opens up. Walking the trail through green grass orchards. Storms and sunshine battle, rainbow in the sky, windmills in the horizon with clouds passing by. Coffee machine bubbles over the campfire. Amazing salmon-avocado sandwich grilled over the fire. Hacky session to get you started. Another day of tufa wrestling. Chalked up hands that never get washed. Monk life in the cave, the wall is our altar. Walking down to the village with the last light. A babble of all languages at the Olive branch, busy communal kitchen with hungry people making dinner. An hour later, chatting away in the night over a couple beers. Sore muscles in the morning, but time to do it again :)

First thing getting off the train in El Chorro, furiously psyched, I went straight to Makinodromo. I love how sometimes you show up at the climbing area and completely at random the best crew gathers... in Maki it was Siebe, doing his Erasmus internship while living in the van and climbing. Erika, on law school study exchange but legitimately spending more time in El Chorro than the classes. Arthur, incredibly psyched, going for his first 8c until the fingers bled, he didn't get it in the end but it was dramatic and so cool to watch him try hard. And Argyro, travelling around Spain like me, enriching my poor dirtbag diet with some amazing greek cooking and being the best travel buddy. 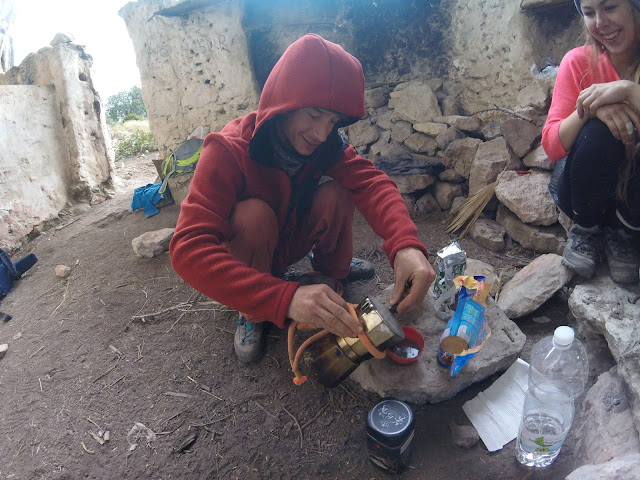 Climbing-wise El Chorro is a cross between Verdon and Paklenica. I somehow pictured it much bigger,  anyway it has a few walls of 4 to 8 pitches but nothing like Verdon. There's a lot of single pitch climbs on a style resembling Karst edge limestone in Slovenia, so I felt pretty comfy. Being an old-school area, there is a decent amount of polish on pretty much all climbs, but Makinodromo still makes for a world-class crag. The overhanging blank wall with odd tufas that make it climbable is just so impressive.

The climbing highlight was my birthday challenge of doing 22 pitches of 7th grade in one day. It was a decent bit of climbing since most routes here are at least 30 metres, and it was raining in the morning so I only had 8 hours to complete it. It felt like a marathon, but it was very fun. I focused on climbing fast and efficient and it was pure joy, because climbing never really got too hard, but each route took some effort. Thanks a ton to my belayers, it was the best kind of a birthday present. Also, I scored an 8b onsight, first ever. Was my style and I got lucky, but it didn't feel soft so I guess that's it. Now I need to do another one to make it count :)

With Siebe we did a multipitch out of the Poema de Roca cave, the route of the same name. Jacob suggested it to us promising it was so good it would change our lives, at least a bit. I linked the first three pitches of 7a, 7c, 7b into something like an 8a pitch and experienced a considerable pump, although hardly life changing since I was brought up climbing in the Osp cave and its 12-minute top-rope speed runs! The climbing is truly stellar though, as soon as you pass the polished first pitch. Another hard pitch followed and some easier ones and soon we were on top of 'Frontales' having had a great day out that has inspired some new psyche for long routes. 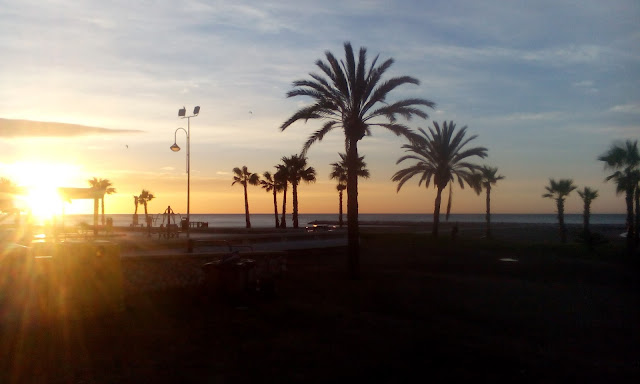 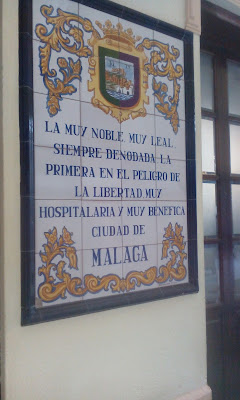 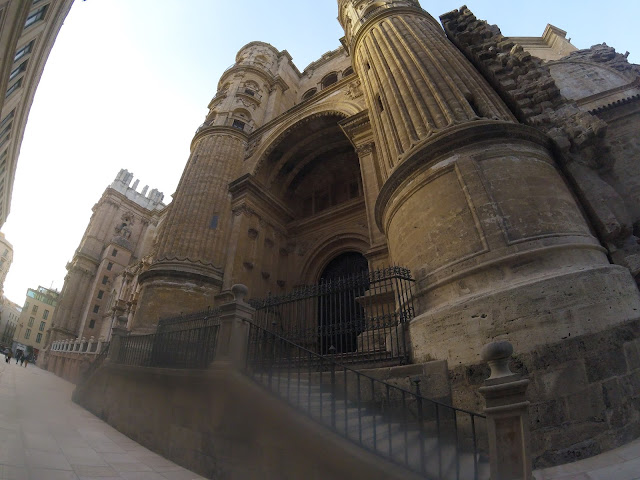 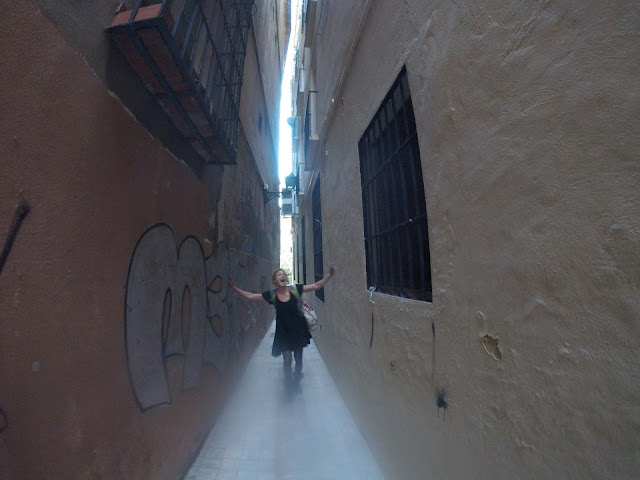 Posted by Gašper Pintar at 3:58 PM No comments:

Chulilla has a special vibe right now. It feels I am here at the best time, a unique stage in development of a world class crag. Some 20 years ago, people started climbing here, but only a tiny bit of the vast amount of the huge vertical walls in the gorge was bolted. The bolting in the last few years has turned an old-school site into a well-known spot on everybody's ticklist with a ton of long, sustained and technical routes to go at. This is really the stereotypical Spanish limestone at its finest. However, it's still in the transition to accomodate the numbers of climbers coming here. For now, everyone stays in the car park at the end of the village. There's a bunch of vans, people travelling alone, stopping here on their months long trips. The bar on the corner, ran by climbers, is the hub where everyone hangs out and has beers in the evening - aspiring dirtbags, lifetime climbers, crazy Spanish hippies...  every morning I just show up at the crag and there will be either a psyched local or a strong visiting climber. 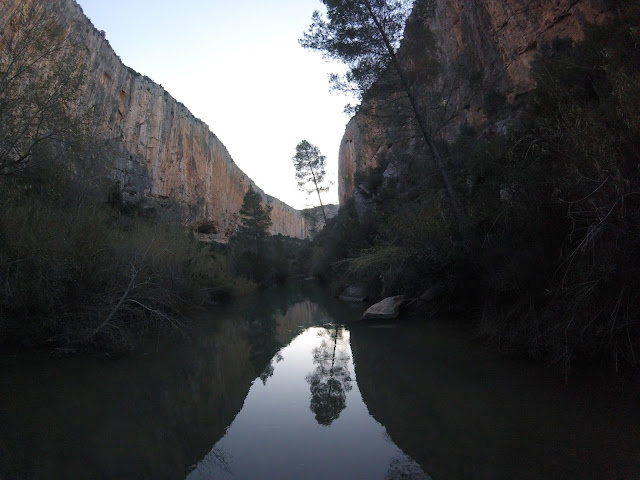 The first few days I wasn't really feeling it though. There was great humidity and climbing kinda sucked, you'd just zip off holds unexpectedly and crimpy routes felt horrible. I didn't feel too comfy sport climbing, either. A 4 day trip to Albarracin with friend Kelvin was a great change. I came back with rejuvenated psyche, strong and feeling like I've learnt a lesson in technique sending some cool lines and getting shut down on others. Nice weather with a breeze and low humidity gave the crimps that cool crispy feeling under the fingers and climbing was fun again!

I sent some projects from earlier and got on Primer asalto, an 8c in the Balcon sector. I haven't climbed 8c in about a year and haven't really felt that sport climbing kick since doing lots of trad last year, so I was pretty pleased when I got it, in mere four tries! Also, it was one of those classic moments of feeling good at the crag but feeling quite drained already, I set off with an empty head and found myself nailing the crux moves like being on autopilot, going like whaaaat? when I finished it.
A note on the grade though. Chulilla has a bit of a reputation for its soft grades and I quite agree. People book trips here in order to get their first of the grade. Apparently some routes are getting downgraded in the next issue of the guidebook. The 8c however, feels solid to me. Or maybe I'm just one of those people :) anyway it fit me, a gym style route that's shorter and steeper than others - less time to get pumped and less need to worry about the feet.

Albarracin was sweet! I dream of being a strong boulderer and the place always looked sooo good in pics, I was going! Even more so if they call it the spanish Fontainebleau, and it's only 2 hours away from Chulilla. A few kilometres outside an incredibly picturesque medieval town, on a hill covered in pine trees, sits a boulder field covered with ancient wall paintings and amazing problems. The style is powerful, there's lots of roofs and many finish with a sketchy comitting mantle, which sure gave me some hard time. Sandstone is best bouldering anyway, and here the red stone forms some really cool shapes.

I went 4 days straight just trying to get done as much as possible. I did two classic problems, El varano and Zarzamora, ex 8a but downgraded to 7c+ due to holds breaking/honest grading :D it's pretty much on par with my best bouldering sends, so I was pretty pleased again.


So much talk on performance right? It seems like double measures pissing on grade chasers but eventually doing the same thing. So, what's about it? In my year off school that I'm dedicating purely to climbing, I have only few vague goals and I want to above all see different places, climb with different people, learn languages and have fun. It's just I'm having most fun when I'm climbing well. In this sense it will always be performance related.
There's different kinds of climbing where sometimes grades don't matter much though, and then I'll just be happy if I had a day of feeling good on rock, not getting too scared and staying on top of my game. For this trip to Spain, I packed three pairs of La sportivas, a bunch of draws, a trad rack and a helmet. The plan is lots of sport climbing all over, do some multipitch hopefully, live proper dirtbag, go to El Chorro, maybe Riglos, Mont Rebei, spend some time in Catalunya and get in a real good endurance shape, try hard, climb whatever possible :)