Holidays in the Balkan & other stuff

Yooo,
so as promised here's a little recap of the Macedonian trip also from my part!
I managed to send:
Bleu dreams, 7b+
Pelargonija direkt, 7b+
Pelargonija, 7b
Marmelada,7b
Mala smetka, 7b
Side way, 7b
Radiator, 7a+
Shapeshifter, 7a+
Cocoon, 7a

and loads of other easier but superb problems! I didn't get on any 7c's apart from maybe Gotham city but I didn't like that one as much, I left a good portion of my skin on Velika smetka, an amazing 8a which I could have been possible, maybe if I was a bit stronger :P
The problem with climbing here is that you need to take the right tactic, the rock is too sharp to allow grinding hard all day, so if you want to work a hard boulder you only have a certain amount of good tries. After that point, it's all about how much pain in your tips you can take :) So the summary grades-wise is that I've done some of the best problems in the area and also left some for when I come back. Although I might want to go and put up some own problems the next time!

I have the topo of the area so if anyone is interested just let me know! And seriously people, GO THERE! 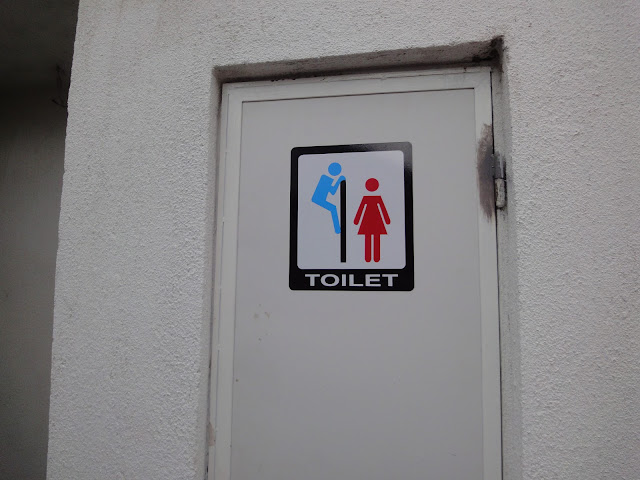 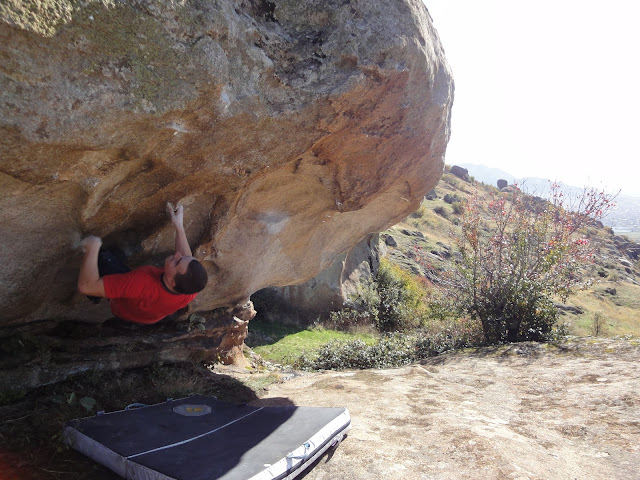 one of my attempts in Bleu dreams

... and the official tune of the trip :). Shout out to everybody who came along!

And now for the latest happenings. Today I took the first exam at my uni which I spent some time preparing for (this is also why the Macedonia post is so late! sorry people!). I hope I do well and may there be many more to come :)
I feel REALLY psyched as it's this time of year again! The finish of the competition season is here and we are up for a few intense weeks! First the World Cup in Kranj (my mates from the team are in killer shape and I think it will be an awesome show once again!) and maybe the traditional outdoor session before the final, then the next weekend it's the EYS in Kranj where I will also be taking part!

This weekend we had nationals in Škofja Loka, in my home gym. I was psyched to find out I can still climb hard even though I've had really little gym climbing lately! I came 8th in seniors after placing 5th in qualification! This was enough for a third place in juniors. Respect to Domen Škofic and Mina Markovič for winning, you guys are BEASTS! I hope you crush in Kranj!

So I feel that maybe with a bit of training I could get in some shape for a good performance in the EYS, I'm psyched for some more climbing now that uni's on a temporary break (only for a week or two, though).

I'm really looking forward to the next weeks. I will get to see all my friends, Luke and Ed and Amanda are staying in Slovenia for the week between the two comps and they are SYKED for some sessions! The uni life will be busy as always but I like that, too. As long as there's not too much stuff piled up on my head, I'm fine, and maybe an odd hour of sleep here and there. Right.

That's it people, I hope to see you all out there somewhere, take care everybody and stay strong! Kula sheka bula
Posted by Gašper Pintar at 3:24 PM No comments:

Yo all
I'm back home from a legendary trip! This time we went bouldering for a change. We packed 40 people on the bus and headed for Prilep in Macedonia.
The boulders on the hills above the town of Prilep are shaping up to become a world class bouldering destination. In my opinion, the place can compare to just about any other crag. The rock is bulletproof granite with crazy features and huecos even though I think the climbing here is mostly all in the crimping. One thing is for sure; prepare yourself for a mental war withstanding pain because your tips are getting f*cked mate!
I'm not that keen for some long write up about this trip, and I think it's unnecessary: this trip for me was all about enjoying the culture shock and beatiful colours of the landscape. The weather worked out in the best possible way in the end, we only had two days of rain which were fun anyway as there's a very interesting market in the town and a lot of stuff to see, try, taste and poke your nose into. The people are extremely friendly and open, living there is cheap (50 euro cents for a burek man?).
And the most important: the climbing is awesome! Besides, the potential for new lines is endless, even in already developed areas which are, or at least so it seems, a drop in the ocean of what's still to come in the future years... we'll be there :)

So here's just a few photos I grabbed off some friends who came along. I took some as well, I'm posting them as soon as I manage to download them from the camera along with my ticklist (which is not that impressive at all) and maybe a video, we shot a lot of material so hopefully there will be some spicy shit to see!

Thanks to Ana Hančič and Luka Tambača for the pictures! 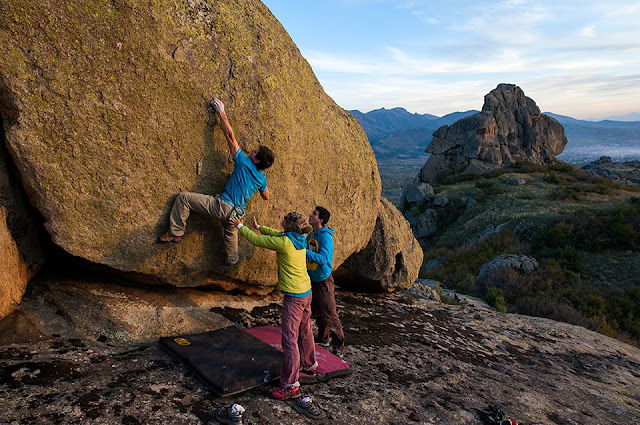 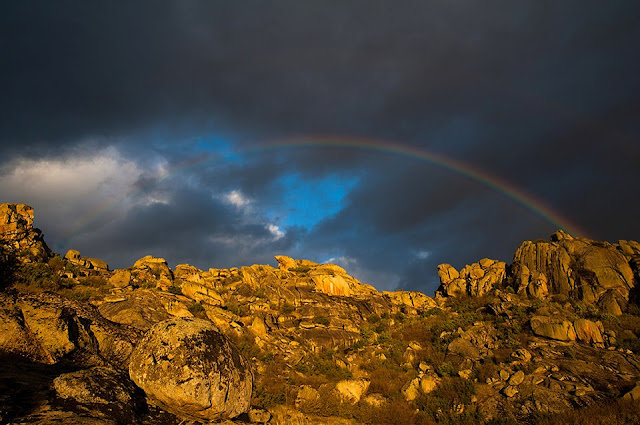 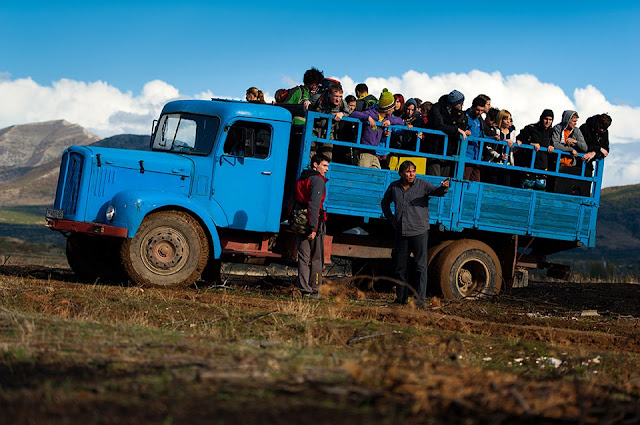 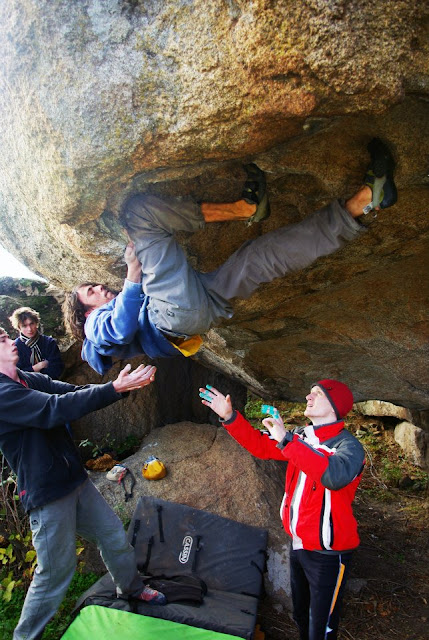 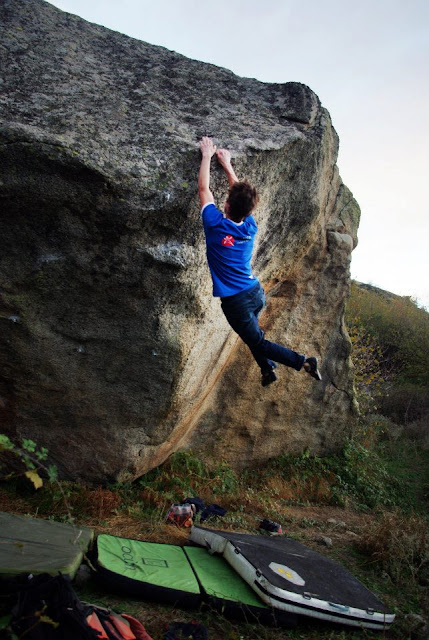 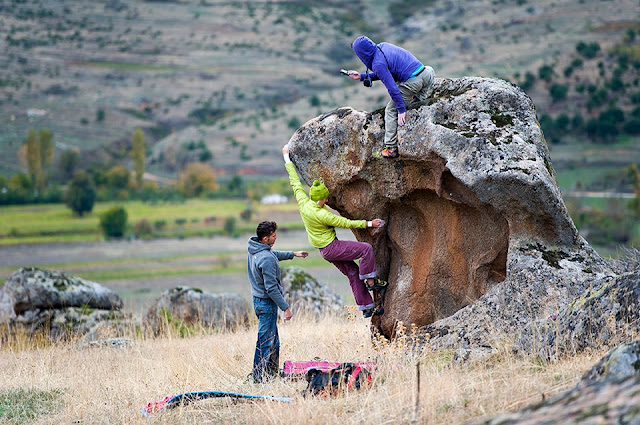 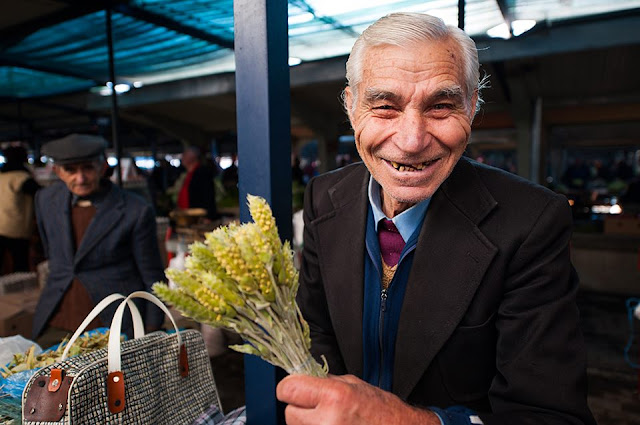 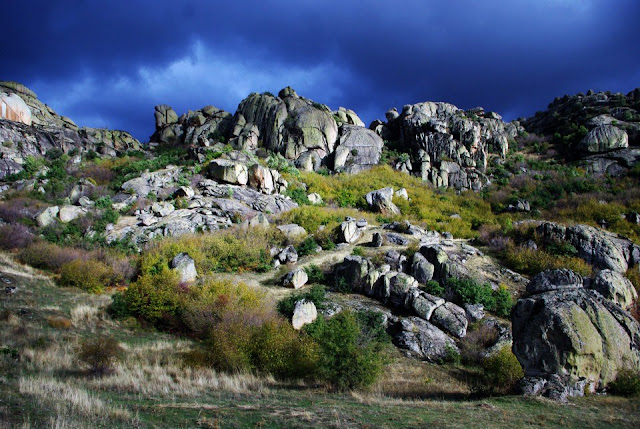 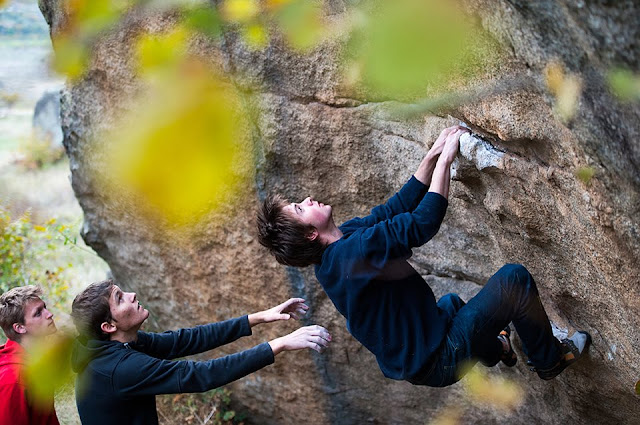