Petzl Roctrip: the birth of a king line

Prilep is becoming a world class bouldering spot. The Petzl Roctrip stopping here is a landmark opportunity that is about to truly put the place on everyone's must-go map. Along with the occasion of the first official guide publishing, it's all coming together. Rok Šisernik, the leader of the first expedition here and Slovenian climbing legend would have been proud to see the place blooming now. Having tragically passed away in 2011, we can see this as a monument to his endless drive and passion to push climbing forward. The vision remains!

A lot has been developed and people are strolling deeper in the woods to find new good looking blocks of granite, waiting to be cleaned and climbed. Yet sometimes a king line awaits right in front of us. Maybe it's by coincidence, maybe it's waiting for the one strong climber who will see the potential line and have the balls to do it.

Miha Hribar and Izi scoped such a line on the Maršal block yesterday. It has previously been put aside due to a serious landing and exposed, high climbing. This time my friends were looking for that extra bit that will make the new ascent a real king line.

We got to work today, we cleaned the landing of bushes and Izi and Enzo ticked the holds, brushed away the moss and made sure the holds are solid, not breaking during an attempt.

We stacked a lot of pads to try and secure the fall. It was still engaged and serious as hell. In the evening, everything was set for the First Ascent..

David Firnenburg was on a streak today. On top climbing form from the previous competitions, he was quickly repeating Prilep's hard classics on his first day here - Velika Smetka 8a flash and Batman, 8a in a few goes.

A crowd of observers and spotters gathered to watch the breathtaking ascent. David was looking strong and everything was under control. We tried our best to protect it but a fall from the top could still be serious.

It's name yet unknown, the problem is rumoured to be around the 8A mark. It's now awaiting a repetitor, someone strong and bold enough! 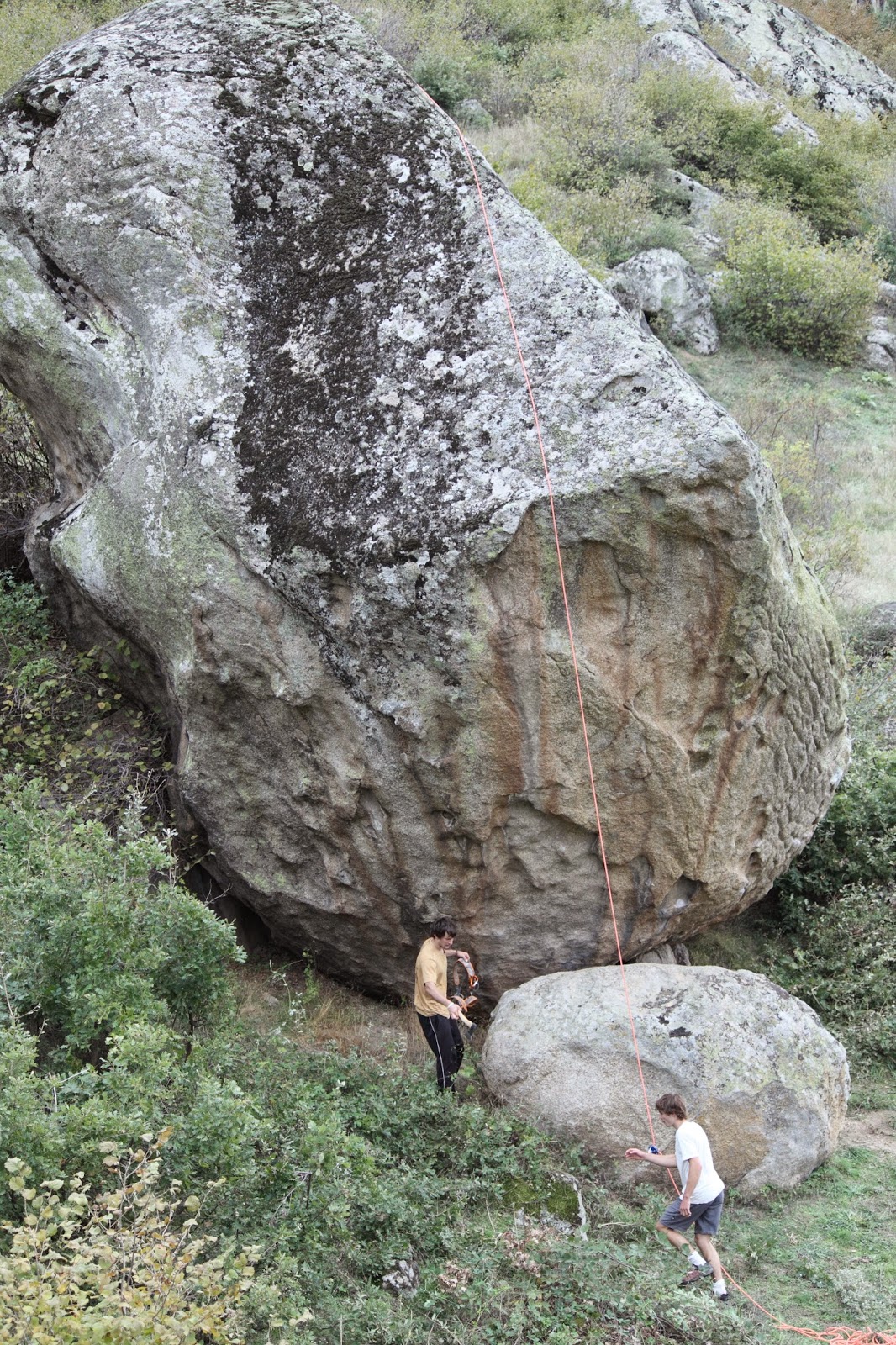 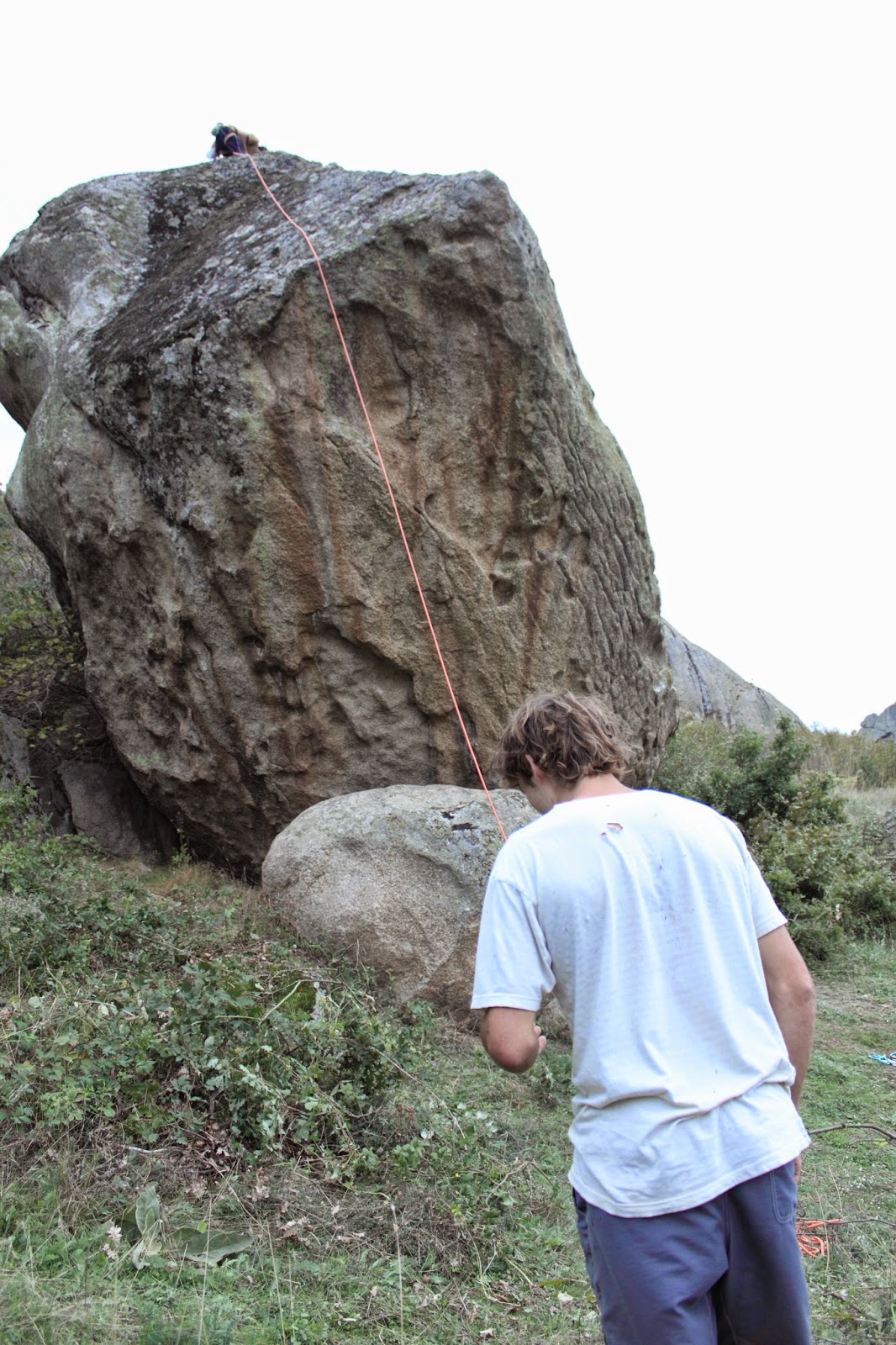 Let's see what else happens in our short stay here! Stay tuned for more news and also the movie that is being made by Petzl, which will include footage of David's ascent!

A big thanks once again to my sponsors Iglu Šport and Treking Šport - Petzl Slovenia who made this trip possible!
Posted by Gašper Pintar at 8:47 PM